Few sights bring more joy to the heart than watching massive mechs tearing away at each other’s armor with fusillades of lasers, missiles, and similarly destructive weaponry. And it’s exactly this kind of joy that Battletech aims to deliver. Read through this Battletech review to find out whether this game is worthy of your time and cash.

Battletech, the mind-child of Harebrained Schemes, is a sci-fi turn-based strategy game with an emphasis on critical decision-making and crew/mech management. Once a staple of the tabletop world, the Battletech universe has now crossed into the video game market. Numerous trappings of the tabletop variant are very much present in the game, lending its numbers-heavy tactical gameplay to the virtual version.

The storyline is surprisingly compelling, given its somewhat rudimentary narrative. Wonderful 2D cutscenes certainly help to get you pumped for what’s happening and keep you invested throughout the Battletech campaign.

Here’s the gist: You are the top dog of a mercenary outfit, out doing regular mercenary things. Your company, however, will play a part of a far larger conflict, as fate thrusts you into a political struggle of galactic importance. It becomes your objective to secure the throne for the deposed High Lady Kamea Arano.

To accomplish this monumental goal, you engage in a series of tactical clashes using your mercenary company’s giant robots. Between each battle, you will run repairs on your damaged mechs, as well as upgrade your mothership. In addition, you must train your underlings and pay them their due salaries while balancing a delicate budget. 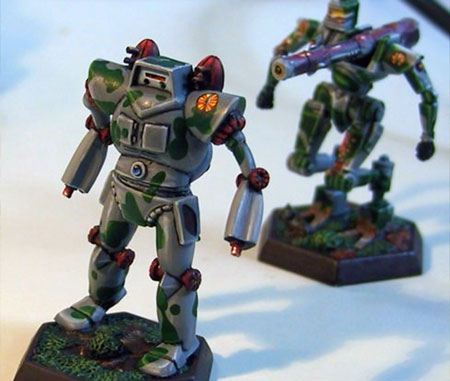 The gameplay’s highlight is certainly the mech battles. You control a group of up to four robots (which come in varying sizes and capabilities), and you need to finish a given mission. These objectives are diverse and are typically complemented by an engaging narrative that helps you emotionally invest yourself in their completion.

On your path to success, however, stands resistance, as you battle enemy mechs in a turn-based fashion. You take your turn to position your mercs and/or attack your foes — classical TBS material. The combat requires meticulous tactical forethought because virtually every single thing matters: the terrain, the angle of ammo impact, where you hit your opponent, where their shots land on your mechs, every robots’ loadout, and much more. Furthermore, each robot consists of 11 hittable parts, further boosting the tactical aspect of gameplay.

A comprehensive UI exists to help you make the best strategic decisions. This interface is a barrage of numbers, lights, and meters, which appears overwhelming at first. You might even wonder why you would possibly need all that information. But with time you learn to appreciate virtually every single piece of info it divulges to you since every little factor impacts the outcome of your actions.

As far as the mechs themselves go, they are subject to extensive customization. Your choices will chiefly boil down to choosing between light, medium and heavy mechs, or opting for short-range or long-range weaponry.

Nevertheless, you will be able to tinker with your mechs extensively, and the equipment you wield on the battlefield impacts how you play. For example, certain weapons are prone to overheat, and shutting down other offensive systems reduces the odds of that happening. Or you may install rocket boosters to allow you mechs to jump jet on mountain tops, which is unarguably awesome. 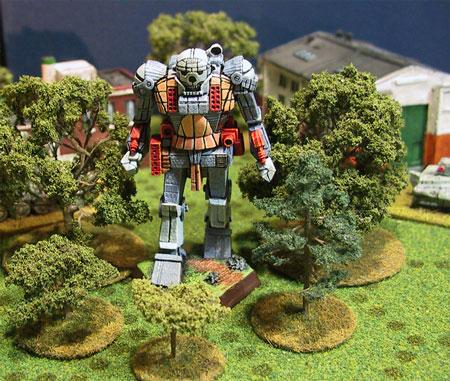 At this point, we need to address what is perhaps the most frustrating component of Battletech. Namely, the game suffers from too much of the dreaded RNG factor. Whenever you aim for a mech’s part (ammo storage, primary weapon, legs, etc.), there exists a (clearly displayed) percentage chance of it being connected with that part.

Beyond that, each part has a percentage likelihood of being hit. This chance-atop-chance layering only breeds frustration every time you make the perfect play, only to see RNG steering your shots away from their intended targets. The game oftentimes becomes more about sheer luck rather than any knowledge or strategic capabilities.

To be fair, the Precision Strike ability provides more accurate shots. But this costs Morale, a resource that slowly replenishes throughout the battle. Thus, you need to preserve it for the most important attacks, leaving the rest to be up in the air. The only consistent relief from RNG will be choosing the proper equipment and fielding experienced mercenaries.

The RNG doesn’t stop there, though. The enemy types on any given mission will change every time you restart the mission. This means that, based on the luck of the draw, you could face a disproportionately difficult opposition. Alternatively, it implies you can reload and reload until you find an easily beatable force.

Another peeve that bears mentioning is that sometimes the terrain will, quite simply, lie to you. Oftentimes will you be lining up for the perfect shot, and find your projectiles blocked by something that shouldn’t have been able to do so.

Equally frustrating is when you hide behind the enemy’s line of sight and see the enemy’s salvo clipping straight through mountains. While this definitely needs reworking, the UI indicator seems to always be right, regardless of what you may conclude from the visuals. You may rely on that, but a little polish is certainly in order.

Action in Battletech, and its pacing in general, feels sluggish overall. A large contributor to this is the so-called Action Camera. Its main purpose is to spice up the already-badass concept of mech action. However, it also draws out every turn because it takes a while for its movement to finish. You’ll even see that the camera frequently pans to the point of impact long after the shot landed.

And the camera isn’t the only monkey wrench in the works, either. Animations feel too lengthy at times, and loading screens take their sweet time to end, too. All of these seemingly tiny things add up, and the slog can wear you down in time.

All things considered, you will surely enjoy Battletech. It’s an impressively deep turn-based tactical experience, even though it’s a bit of a diamond in the rough. It relies too heavily on luck-based mechanics, and the gameplay doesn’t flow well, but the positives definitely outweigh the negatives. The premise rocks, while the depth and customizability are enough to keep you playing for hours. Fans of the tabletop game, as well as those who adored MechAssault and MechWarrior, will especially treasure this title.