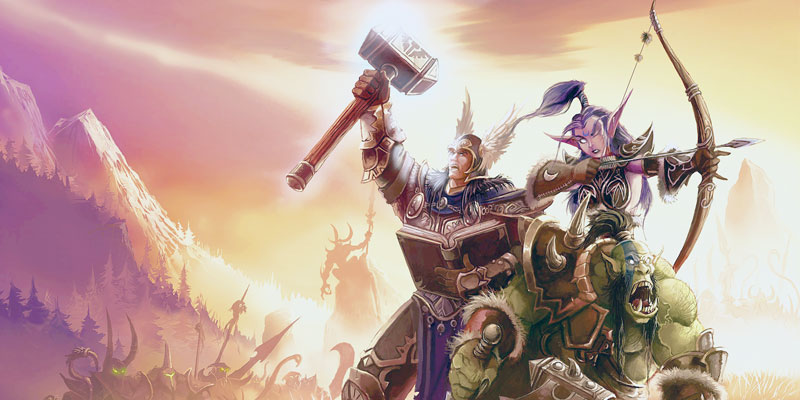 MMORPG is the abbreviation for a massively multiplayer online role-playing game, a type of video game that combines role-playing and multiplayer elements, creating a whole new way of online interaction for players.

Though these games differ from one another, all of them have similar basic features. All MMORPGs have a constant game setting, in-game culture, social interaction, a possibility to become a member of a group, and customization of characters.

Most of these games have fantasy themes, but there are also those that have Sci-Fi, sorcery and swords, or crime as a subject. Some of them even merge fantasy with other mentioned elements, creating a unique hybrid world.

The term MMORPG was coined by Richard Garriott. Before this genre of games got its name, they were considered graphical Multi-User Domains. This links them in history to the games from the mid and late ‘70s, like Mazewar and MUD1.

However, the first actual multi-user RPG called Neverwinter Nights came out in 1991. The genre became a financial success and grew quickly throughout the ‘90s. In 2008, Blizzard Entertainment released World of Warcraft, which is still one of the most popular titles of this genre to this day.

The Most Popular Games

As mentioned, since the day it showed up, World of Warcraft has been ruling, not just the MMO genre, but the entire spectrum of fantasy games. This is the game that defined the MMORPG genre and one of the finest MMOs for PC. 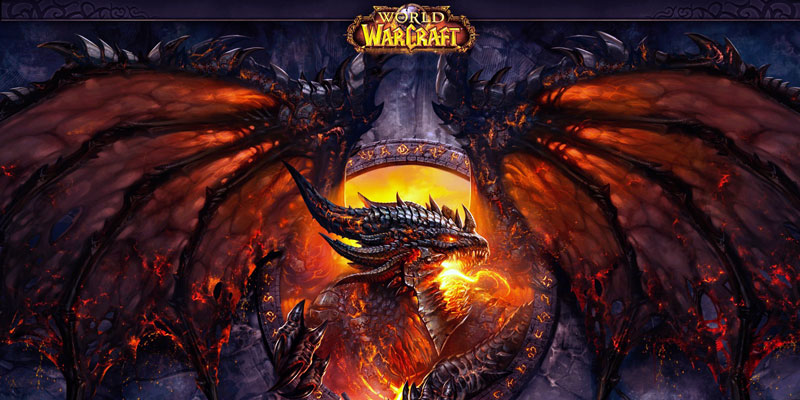 Through its dominion, this game incorporated many changes. WoW is the game with an abundant, never-ending flow of content. The upgrades and constant expansions are what makes players come back. Its graphics got a complete overhaul over the years, and its map expanded, introducing us to new continents, races, and classes. In World of Warcraft, you’re always exploring new areas, collecting new mounts, and conquering new dungeons. It also incorporates many mini-games, which further contributed to the growth of the WoW universe.

EVE Online is a space-based game that earned its fair share of popularity in the MMORPG universe. It has been around since 2003, made for PC, and later adjusted for Android platforms. This game has a dark narrative filled with betrayal, mining, and sporadic spaceship battles.

With multiplayer wars that stretch for weeks, even months, reports of huge ships and cargo losses, plotting and sabotage of great corporations from the inside, this game is not one of the easiest to learn. But hunger for action and thrill and a useful guide will help you see it’s not impossible.

There is no better setting for an MMO than the Star Wars universe. That is why in December of 2011, BioWare released Star Wars: The Old Republic.

Here, players can choose to be members of one of eight classes in the Republic and Empire. Each class has its own dramatic story told in great detail. So whether you choose to be a Jedi Knight that hunts Siths, Imperial Agent, or a Sith Inquisitor, you will enjoy your role. 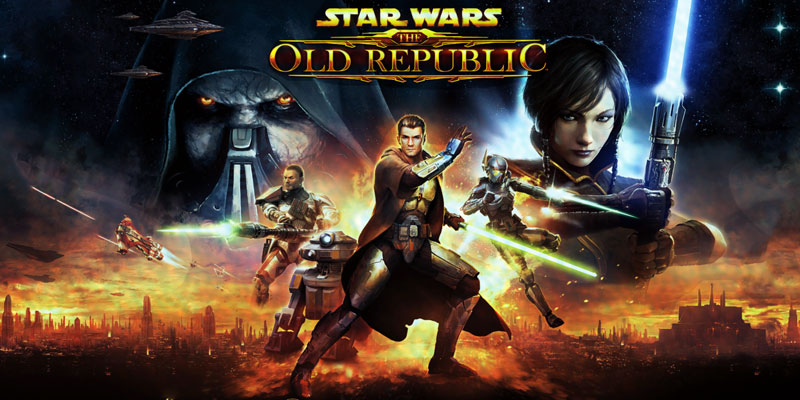 There is a possibility to play the game for free, but you will level up faster with subscription, which will also allow you to focus on galactic quests.

Expansions like Knights of the Fallen Empire kept this game fresh with unexpected relationships, intrigue, and focus on players’ choices. Star Wars: The Old Republic might easily be the best of the Star Wars games up to date.

In 2014, Bethesda Softworks published Elder Scrolls Online for Xbox One and PS4. Developers took almost seven years to create this game, but what a game it ended up being!

Set 800 years before Oblivion and Morrowind and one millennium before Skyrim, it starts in Coldharbour’s Wailing Prison, where you, as a player, are locked. After escaping, you start exploring the continent of Tamriel while fighting with monsters, crafting weapons, and discovering dungeons. It is an ever-expanding universe with many expansions like Summerset and Murkmire, which helped keep the game fresh.

Now, Final Fantasy XIV is one of those games that were just terrible when they first came out. Because of it, Square Enix took drastic measures — discarding their old team, hiring a new one, and rocketing Final Fantasy XIV: A Realm Reborn high up the gaming charts.

Final Fantasy is known for epic stories, beautiful environments, exaggerated characters, and galore. When it comes to classes, the player will have a flexible choice. At level 10, they will gain the ability to switch to any of the eight classes just by changing their weapons.

Guild Wars 2 can be looked at as the opposite of WoW. This is a weird game, made to improve on the mechanics that are sought after by online games, and this makes it one of the best MMORPGs.

Here you have mini storylines that will play out gradually, instead of a group of players fighting in upcoming events. And how will the storyline go depends on the players’ performance. Because of that, gamers have to work together, which can also influence the region they are in. In the expansion Path of Fire, players have the objective to kill Balthazar, the god of war, before he destroys Tyria, the world in which Guild Wars are set.

At the beginning of this decade, Rift was one of the MMOs that managed to keep up with what seems to be their biggest strength. Since it showed up, it was filled with spontaneous events that expected of players to work together in big groups against the invaders. But it too changed over the years. 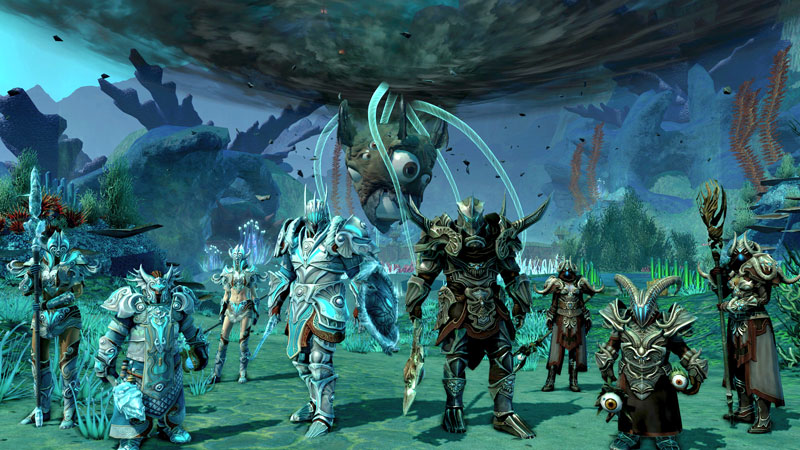 The developers firmly remained against the widespread pay-to-win concept, which means that by buying equipment and weapons, you will not get too much stronger. Basically, you will pay for the battle pass that will help you level up faster, but the free-to-play user will still be your equal in combat. And this is true even for the game’s expansions.

With the theme of Dungeons & Dragons, classes, spells, abilities, and places this game looked up to, Neverwinter doesn’t seem like something fresh and original — but it is. The allure this MMO has comes from the genuine affection developers had for the source material, so you can almost feel like you’re actually in the world yourself.

Neverwinter is mostly a linear MMORPG, but if you run low, you might find player-created items with some hidden gems. But if you want to play for free, you might find yourself in a bit of a pickle. It is possible, but quite challenging since items you buy affect your gameplay.

Tera deviates from a classic MMORPG experience in that it doesn’t include an automatic targeting system. Quite the contrary — players take full control over their characters’ actions and have to be on the lookout for visual cues to successfully dodge attacks and stay out of harm’s way.

Another distinct feature that draws players to Tera: Rising are the numerous imaginative classes — the lancer, mystic, brawler, valkyrie, and ninja. Each class encompasses a unique playstyle players must master to effectively play their role.

Additionally, Tera takes a radically different approach to healing compared to WoW and other classic MMOs. Rather than sitting idly and autocasting heals on cooldown, mystics, for instance, have to maneuver the battlefield and strategically place healing globes their compatriots can pick up for a bit of quick rejuvenation.

What Makes MMORPGs so Appealing?

MMORPGs are a genre that incorporates many possibilities. The social component is just one of the things that makes it so exciting.

You could find yourself being a part of an army in combat against other human opponents. Or you could play alongside your partners against mythical creatures, aliens, and even ancient gods. Though, for all of that, you will need a certain level of skill. But no worries — most of these games have excellent guides.

Many of these games have the option of playing for free. Even though it will not be easy to level up through some of them, you will still be able to feel the atmosphere of the game and exercise your gaming skills. We wish you the best of luck! 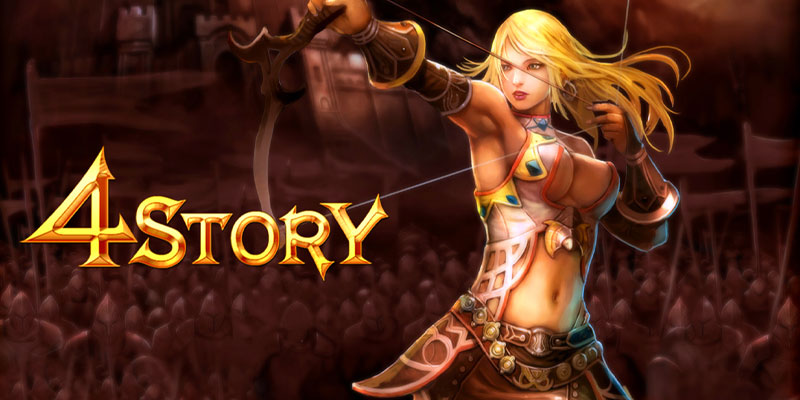